Kazakhstan President Kassym-Jomart Tokayev pledged to work on major social initiatives and develop the business environment in Kazakhstan, during the State of Nation Address he presented on September 1, Astana Times reported.

According to Tokayev, his government will also work on developing nuclear energy and boost the country’s military capacity.

The President said that all the initiatives aim to support Kazakhstan in the post-pandemic period and improve the efficiency of healthcare and education, and create an “effective ecosystem in the labor market.”

“It seems to me that everyone who doubts the head of the state, who fails to do their job, who wants to sit and do nothing, should resign from their posts. We are now entering a decisive stage in our development. The state apparatus must work as a single mechanism. Only then will we be able to achieve our objectives,” Tokayev said.

In the State of Nation Address, Tokayev announced five main new initiatives in the social sector, as it has been a priority for his government with around 50% of the budget for 2022-2025 allocated for the sector.

The President announced the increase of minimum wage starting from the 1st of January 2022, and it is expected to affect more than one million people. This is the first time that the minimum wage is changed since 2018.

Tokayev said “I believe it is time to review the level of the minimum wage. On the one hand, it is the most important macro-indicator, and on the other hand, it is an indicator that everyone can understand.”

He added that the increase of wages will expand Kazakhstan’s GDP by 1.5 per cent, according to projects by economy experts.

The President expressed his views on the need to increase the wage fund in the country, saying that over the past 10 years, it has been 60 per cent lower than the profits of business owners.

He said that his government will develop measures to motivate business to increase the salaries of employees.

Kazakhstan will also work on decreasing the burden of payroll, as Tokayev proposed to introduce a single payment from the payroll with a reduction of the total burden from 34 per cent to 25 per cent.

“This will stimulate businesses to bring thousands of employees and allow them to participate in the pension, social security, and health insurance systems,” Tokayev said.

The government will also increase salaries for people working in spheres financed by the budget like employees in libraries, archives, and employees of cultural institutions.

From 2022 to 2025, Kazakhstan will increase the salaries of about 600,000 people working in these fields by 20 per cent annually on average.

Tokayev said than in 2020, his government increased the salaries of doctors, social workers, and teachers.

The country will also allow the transfer of part of people’s pension savings above the sufficiency threshold to the Otbasy bank for the subsequent purchase of housing. The Otbasy bank is a government wealth management institute that allows citizens to invest retirement funds in property, education and health.

This comes as a continuation of the country’s 2020 initiative that allowed citizens to withdraw part of their future pension savings to purchase housing now.

President Tokayev said that Kazakhstan may face an energy shortage by 2050, and the country is thinking of alternative sources with the peaceful nuclear energy among them.

“Within a year, the government and the Samruk Kazyna National Wealth Fund should study the possibility of developing a safe and environmentally-friendly nuclear power industry in Kazakhstan. It should also include the development of engineering and creating a new generation of qualified nuclear engineers in our country. Hydrogen energy is also a promising sector,” he said.

The country has been working on major projects and recorded significant progress in the transition to green energy. Kazakhstan is committed to achieve carbon neutrality by 2060 and make 15 per cent of its’ total energy from renewable energy sources.

Improving the quality of education

One of the main priorities of Tokayev’s government is to improve the quality of education in the country, and for that goal, Kazakhstan announced special support the education sector and workers during the pandemic.

Tokayev said that since January 2021, the government increased the salary of teachers by 25 per cent, and it will allocate an additional US$ 2.8 billion to support the education system over the next three years.

He also announced the plan to build 1,000 new schools in Kazakhstan, an increase from the initial 800 number by the end of 2025. This comes as a measure to counter the shortage of places in schools, especially in the secondary education system.

Tokayev said that the deficit is 225,000 places, and without effective measures, it could reach one million places by the year 2025.

The Kazakhstan President insisted that political modernization is one of the main tasks in his government’s strategic plan.

Tokayev said that in the last two years, his government implemented significant reforms in this field, including reducing the threshold for political parties to enter the Mazhilis -the lower chamber of the Parliament- to 5% of votes received.

According to Tokayev, the most important step in political reform was the introduction of direct elections of rural mayors, which directly affects the interests of villagers who are more than 40% of the population. This will be expanded to include regional mayors elections by 2024.

Tokayev announced that in January 2021, he signed the Law on the Ratification of the Second Optional Protocol to the International Covenant and Political Rights, aimed at abolishing the death penalty.

The Kazakhstan government in accordance with a Presidential decree approved the Comprehensive Plan for the Protection of Human Rights.

“This important document lays down a long-term institutional framework for further improvement of the human rights protection system in Kazakhstan.” Tokayev said.

In his State of Nation Address, Tokayev described independence as the highest value of Kazakhstan, as the country celebrates the 30th Anniversary of the Independence.

“In unity and harmony, we were able to build a new state – this is our greatest achievement. We have strengthened the spirit of the nation, laying a solid foundation for development.” He said.

Tokayev said that “sovereignty is not an empty slogan, but it is the most important thing is that every citizen should feel the fruits of independence – a peaceful life, social harmony, increased prosperity of the people, and the confidence of young people in their future. All our initiatives are aimed at this.”

The new initiatives and reforms announced by the President Tokayev are a continuation of his government’s strategic plan to implement significant reforms in politics, economy, business, human rights, and technology. A policy Tokayev pledged to follow since his first day as the President of Kazakhstan. 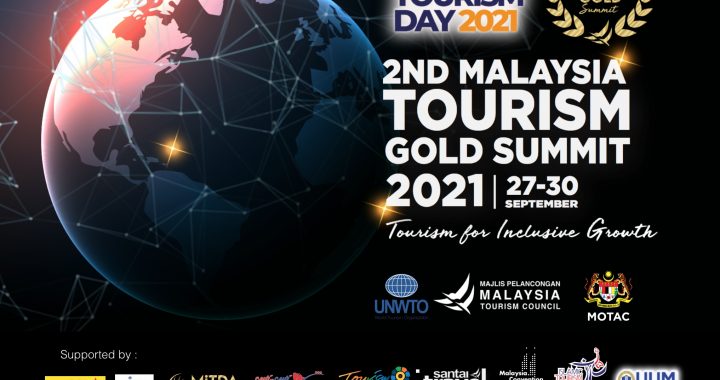 MTGS 2021 : Opportunity To Look Beyond Tourism 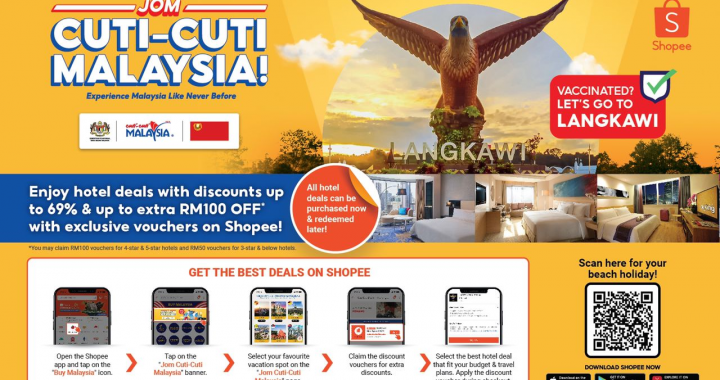 SAVING UP TO RM100 WITH THESE SPECIAL LANGKAWI HOTEL DEALS 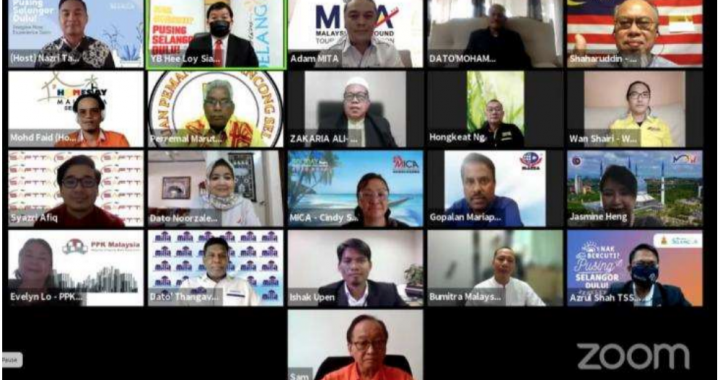 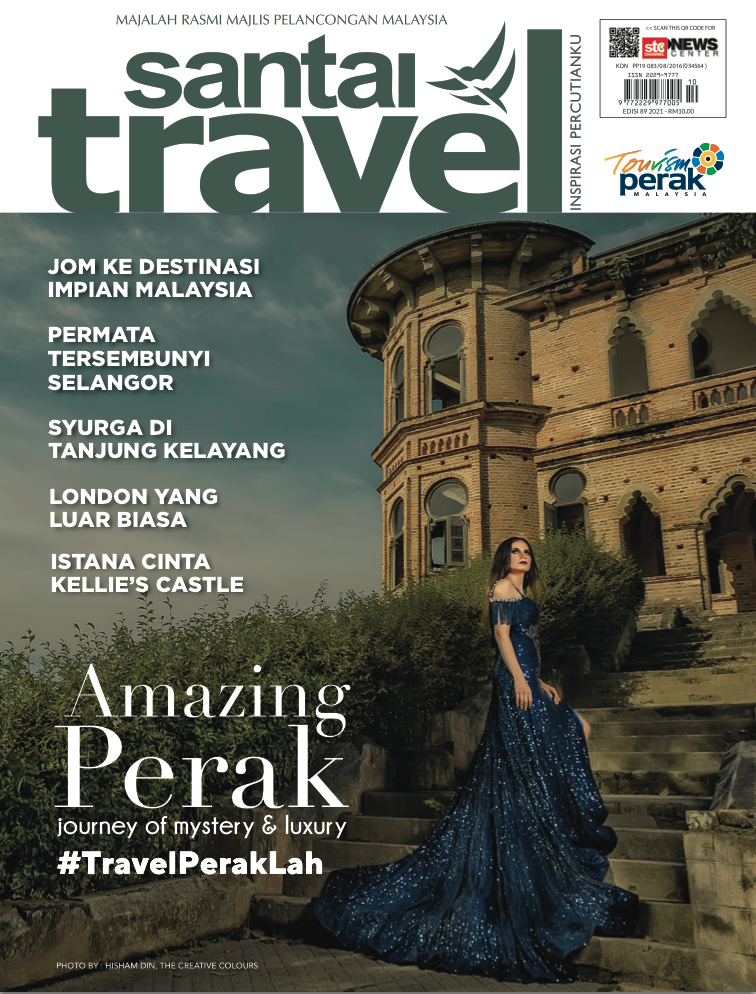 MTGS 2021 : Opportunity To Look Beyond Tourism

SAVING UP TO RM100 WITH THESE SPECIAL LANGKAWI HOTEL DEALS